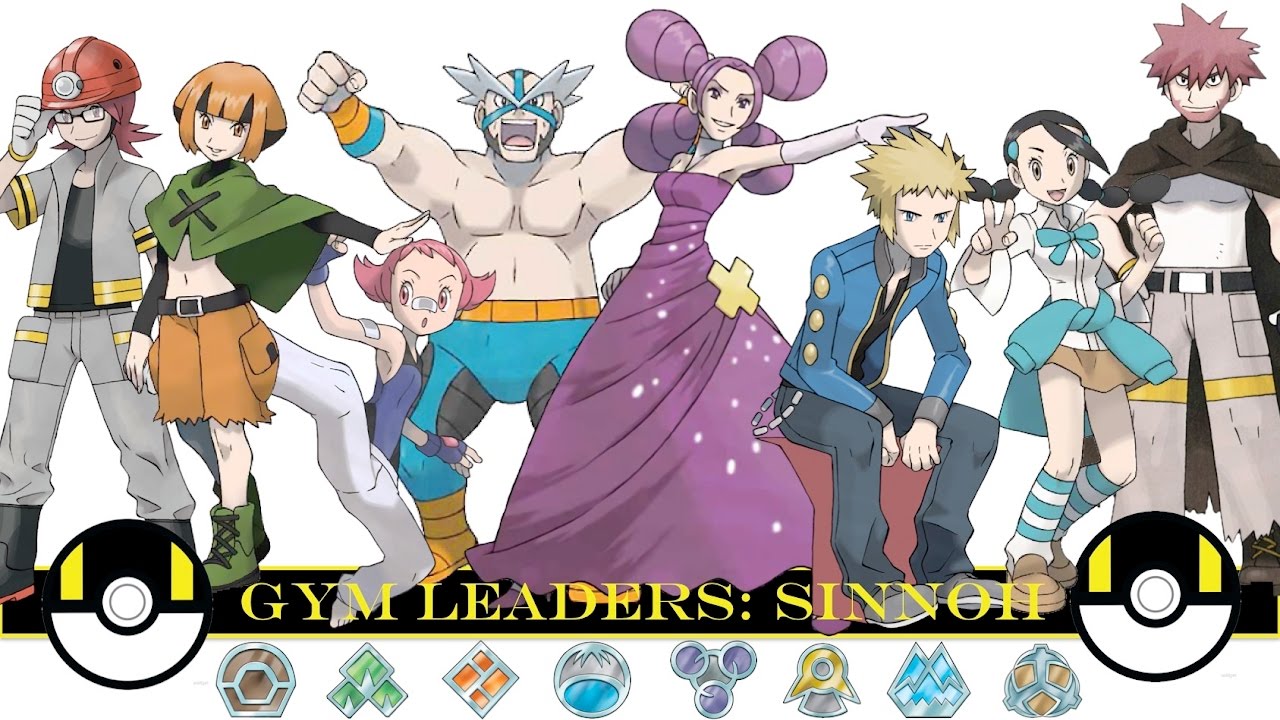 Pokemon Brilliant Diamond and Shining Pearl aren’t too far away from fans of the series, but the announcement has renewed some interest in the Sinnoh region. Upon doing a Nuzlocke of Platinum, I wanted to have the Sinnoh gym leaders ranked by difficulty so… here!

As a preface or two, I’m going to be assuming two things in this list. One, this is a Nuzlocke playthrough of Platinum. While it isn’t the standard to play, the ideas are that you can only catch the first Pokemon you encounter on each route and any Pokemon that faints is released or stored in the PC. When you can infinitely retry anything, none of the Pokemon games are particularly hard.

Secondly, I’ll be factoring out the starters for this gen, as they can weigh pretty heavily on who is or isn’t hard. It’ll just be assuming Pokemon you could feasibly get in a Nuzlocke.

Steel types are, well, as the name implies, defensive. In something like a Nuzlocke, where even one faint can make or break a run, Byron is actually a pretty easy walk in the park.

While his Pokemon ARE defensive, the only real threat on his team is Magneton, as its the only Pokemon to have a shot at one shotting anything you’d have. Any ground move will destroy the Magneton, and surf will take down Steelix and Bastiodon, both who don’t post much of a threat offensively.

Regardless, his Pokemon are, while easy, somewhat unpredictable in the early game. The only notable counters one can get before Roark are Budew and Psyduck, which makes getting his Cranidos down a bit harder than one would like. Thankfully, all three starters are good against Roark when evolved, so they work to one’s advantage here.

He’s only above his father because his Cranidos can post a threat if you don’t get it down fast enough.

The crazy thing about this list is that all the way at number 6 the gym leaders are already a bit tough.

Her ace, Roserade, can actually be pretty threatening through its status infliction moves and powerful magical leaf. However, the amount of chances a player has by now to get a Starly cannot be understated, and a Staravia can generally make it through Gardenia with little struggling.

Her Turtwig can be annoying in bolstering the team’s defenses, but as it and Cherrim don’t do much damage, you can stall the defenses out until Roserade enters.

Despite only being at number 5, Maylene actually ended my most recent Platinum Nuzlocke a few weeks ago.

For me, it was being underprepared. One’s Starly can easily be a Staraptor by this point in the game, and it chucks basically all of Maylene’s Pokemon. Her Meditite and Machoke are easy to take down, but the Lucario can grind through your team if your counter falls to a critical hit or something of the like.

Fantina is as rough as she is mostly due to a lack of options on the player’s side of things. Inherently, its risky to bring in a Haunter to sweep her, as one good super effective hit will certainly faint Haunter. As such, you mostly have to fight her with things she can’t hit too hard, which there aren’t many.

Haunter and Duskull are mostly easy enough, as the former will be taken down in two hits by most anything and the latter can’t do much. Mismagius, however, is a toughie as it has surprising type coverage. Shadow ball alone is hard enough to tank, but psybeam and magical leaf help cover some counters you may think of.

Anything with bite or a defensive mon that can last a hit or two is your best chance against the Mismagius, but even if something goes wrong it tends to not be a run ender.

And the final three are where I’d call these gym leaders genuinely difficult in a Nuzlocke. Volker’s Pokemon themselves are generally pretty underwhelming, but their movepools are what make him difficult.

A ground type can shred through most of his team, but his Luxray is prepared with multiple fang attacks to thwart off its threats. Electevire is also no slouch with its coverage.

Really, this is also the point in the game where, if you aren’t grinding, trainers may be starting to slip ahead, so two Pokemon that are extremely hard to one hit KO and can chunk you in return are quite scary.

Crasher Wake only has three Pokemon, but they’re about the best one could pick at this point in the game. He’s one I’d suggest anyone playing a Nuzlocke to be cautious of.

While an electric type attack will shred Gyarados, the only options a player really has are Pachirisu, Pikachu, Shinx, and Jolteon, with only the latter being able to outspeed Gyarados. If it doesn’t go down fast, it WILL hurt.

Quagsire is a breath of fresh air as any grass type attack will do a number on it, and it itself doesn’t pose much of an offensive threat.

Floatzel, however, hurts. Level 37 is high for this point in the game and it has ice fang to counter any ground type attacks. Its other moves are also liable to chunk your Pokemon as well. If you have anything fast that wont be one shot by it, that’s a good choice, as well as the aforementioned electric types.

Candace is, in my opinion, the roughest gym leader in the Sinnoh region. On a normal playthrough, my answer may change to Wake or Volkner, but in a Nuzlocke one mistake can be the end.

While Sneasel and Piloswine aren’t really threats, its her Abomasnow and Froslass that are huge. Abomasnow will set up hail no matter what, making blizzard, one of the best ice type moves, always hit. Additionally, her Froslass is made more evasive in the hail.

Most rock types are weak special defensively or to ice due to a dual typing, and as such aren’t great counters to Candace. Fire types are also notoriously rare in Sinnoh, meaning the best chance most Nuzlocke players would have is a good old fashioned slugfest or defensive wall.

Obviously this list can’t be called objective as it isn’t even considering a normal playthrough, but a lot of the threats in a Nuzlocke do carry over somewhat to the original games. But as it stands, these are the Sinnoh gym leaders ranked. Let’s see if any of the gym leaders in the remakes will be a big threat! Here is everything you need to know about Snover in Pokemon BDSP including Pokedex, where… Magnemite is a returning Pokemon in Pokemon Scarlet/Violet, first introduced in the generation 1 games… Gothorita is a returning Pokemon in Pokemon Scarlet/Violet, first introduced in the generation 2 games… 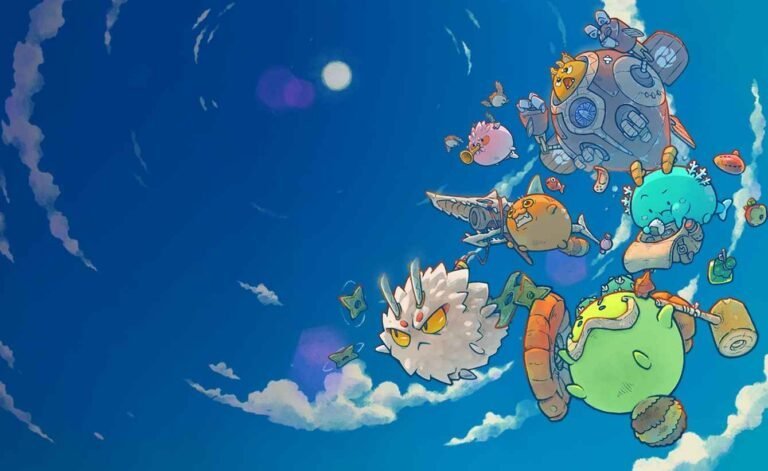 Since the release of CryptoKitties in 2017, the interest on NFTs on mainstream media has… 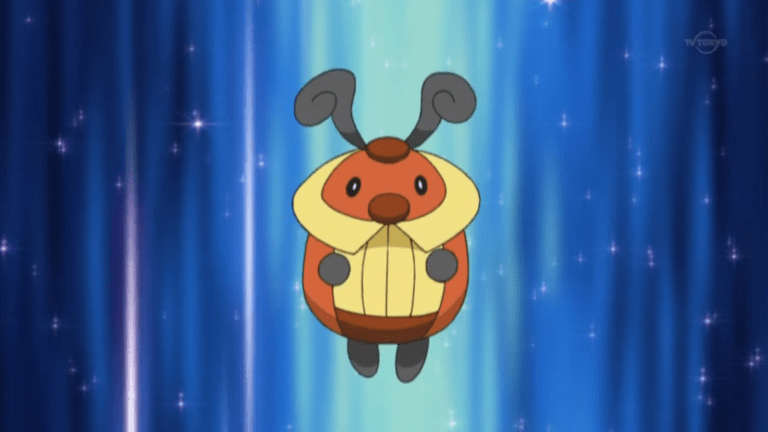 Kricketot is a returning Pokemon in Pokemon Scarlet/Violet, first introduced in the generation 4 games…