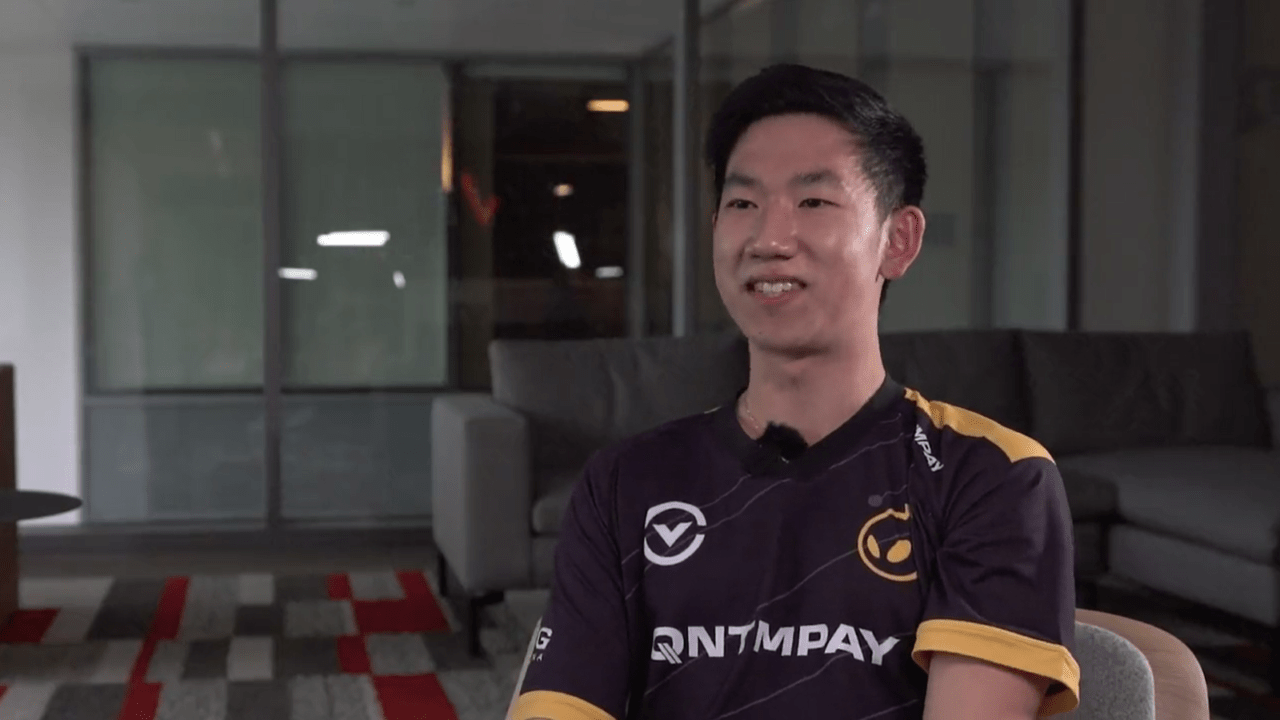 Having joined Dignitas Academy less than two weeks before the start of the 2022 LCS Lock-In tournament, Lawrence “eXyu” Xu initially believed he would not even sniff of playing in the LCS stage. From when he left his home and boarded his flight to Los Angeles, he thought he would spend time familiarizing himself with his new academy teammates in preparation for the new season.

But as the LCS roster’s newest jungler Kim “River” Dong-woo continued resolving his travel accommodations which sidelined him from competing, Dignitas found themselves in a pinch to find his temporary replacement for the year’s first event. Thus, they called on eXyu, who last played competitively in September 2021 for C9 Amateur, to compete in Lock In as their starting jungler.

By being thrust into a scenario he literally had no control over, the struggles eXyu subsequently experienced did not come as a surprise. He opened the tournament with a frustrating outing against Team Liquid, but in a sudden twist, the stand-in player drastically improved for the second match against Immortals.

Despite a hectic prelude to the tournament, DIG is sitting with a 1-1 record and are in a prime position for progressing to the knockout stage, and that can certainly be attributed to the work of eXyu.

Following DIG’s victory over IMT, The Click interviewed eXyu to discuss his performance thus far in Lock In, the progression of his career, his debut in the LCS stage, and how he believes people should know him as a player.

Thank you so much for taking the time to do this interview. I’d like to just start off by asking how are you feeling after beating Immortals?

eXyu: “I feel pretty excited. I think the game went pretty well in the early game, but then we had some hiccups in the mid-game. I think [those mistakes] were kind of natural due to us being like a new team. All in all, I was really happy that we got the win.”

It was a very eventful match if I say so myself. Your teammate Blue pulled off that amazing Baron steal which, as I’ve heard from your teammate Biofrost in his post-game interview, happened with one hand?

eXyu: “Yeah. Right before the match, we usually do some stretches as a warm-up exercise, and In doing that, he actually broke his fingernail on his right thumb so it was hurting a lot. It fully snapped off so he was in a lot of pain while basically playing the game one-handed to some extent. But yeah, the fact that he still did it was really crazy.”

READ MORE: Acend Nbs: “If we perform as well as we can, I don’t think there is a single team that can stop us.”

eXyu on preparing with the Dignitas LCS roster

That was crazy indeed. I’m not sure how that will affect the team in subsequent days. Nevertheless, in light of this day, it marked your debut in the LCS, so what was the experience like for you to step onto that main stage and compete with the big boys in this region?

eXyu: “For Game 1 against Team Liquid, I was definitely more nervous. I think after I killed Santorin, I felt like my heart was racing, I was really excited even though I think I didn’t make the best decisions [later down the line]. However, in Game 2, I calmed myself down. I realized if I don’t look at these name tags and just played my game, I can easily beat these people, so we just focused up on the second game. I felt a lot more confident and I think it went pretty well.”

Obviously, this comes in light of River’s absence in the tournament which means you’re filling in for the team. How has the team helped prepare you for this tournament? Did they tell you to follow a certain guideline or did they allow you to just essentially go buck-wild?

eXyu: “It’s the beginning of the season for all the teams, so this period is just everyone kind of getting to know each other’s playstyles and trying to synergize together. Mainly, it was just about finding out how all of us clicked together as a team and finding drafts that made us comfortable playing.”

Following up on that, what was the timeline of your integration with the LCS roster like? To be more precise, I’m talking about when the team first notified you about playing in Lock-In to right now after practising however much you can with the time available.

eXyu: “Honestly, it was crazy because basically as soon as I landed from the flight, I went with the manager who picked me up and he told me kind of in a joking tone, ‘Oh, are you ready to play in LCS?’ I was like, ‘Haha, yeah. I’d love to but obviously not,’ and he’s like, ‘No, I’m serious. You’re playing in LCS.’ I was like “What? The hell?’ It really blew my mind because I just landed and I was excited to meet my new teammates before getting ready for Academy and then I was suddenly thrown into LCS. It was just a whole different experience.”

By being a newcomer in the LCS, not many people will obviously know what kind of player you are like such as how you conduct yourself in games and the like. What would you say to those people that don’t know who you are? How would you describe yourself in terms of being a player?

eXyu: “I’m definitely a player that likes to play with confidence. I like to play the aggressive style champions like Lee Sin, Nidalee, and Graves. I showed them an awful lot of times during the amateur season last year, but I’m just a player who really likes to be aggressive and not let the enemy team do what they want. I just make sure everything is on my terms.”

For this tournament, you are teammates with a quartet of vastly experienced players. You have FakeGod in the top lane; you have Blue, who was an import from EU; you have Biofrost, an LCS legend who holds the most league championships as a support player. What have you learned from those players as far as Lock In has transpired?

eXyu: “They definitely have helped me a lot. It is really nice to have this mix of rookie talent and experienced players. Even before Lock-In, during scripts and stuff, they were just really reassuring because I was a little bit rusty at first since I hadn’t played competitively for a few months.

“When we first got into scrims, it was obviously a little bit bumpy for me, but all of them were super nice. Everyone just tried to help and it really felt like I belonged which was really nice. No one made it feel like I shouldn’t be here nor did they make side comments like, ‘Oh, we’ll just wait for River.’ They really incorporated me into the team and that was really nice.”

eXyu on reaching the LCS in an unconventional fashion

I understand that the tournament hasn’t ended yet and there’s still a lot more games to play, but how will you take your experience in this environment for when you return to the academy scene?

eXyu: “I think one of the biggest takeaways is just a confidence boost, right? If I can get a win in LCS and play my game at the highest level, then there’s no way that I can’t do this at a lower level. Going into the academy season, I’m going to be very confident and I’m excited to go s**t on them so I can move up again.”

Talking about your entire career, how would you describe your progression from when you first started playing this game until this very moment by standing on the main stage?

eXyu: “I actually started playing the game in seventh grade very casually. My brother’s friend recommended it to me and we played together. Then in eighth grade, I hit Diamond and I was pretty excited about it. I was like, ‘Wow, this game is really cool. I’m pretty good at it.’ Then in high school, I mostly stopped playing because I wanted to focus on my studies, but during senior year, there was this thing called HSEL, which is a high school league, so me and my friends did it. I had a lot of fun doing it.

“When I went to college at Berkeley [University of California], they opened a brand new esports facility and had a Division I team so I tried out there and played that. I went to some LANs and it was a lot of fun so I decided that it was something I definitely wanted to pursue a little bit more. I ended up dropping out in fall of 2020 to try to pursue pro since it was COVID and I didn’t really like remote school. I dropped out there and then got picked up by C9 Amateur and played a full season where it was basically full-time League and I really enjoyed it. I’m really glad that I got the chance to be on Academy and even get to play LCS sub games too.”

I guess you can say that this whole COVID period was a blessing in disguise. It enabled you to pursue your career in this field.

eXyu: “To some extent. I think one of the big things that I’ve been going with my esports career is just taking every opportunity as a ‘maybe situation,’ you know? Everything kind of happens for a reason, so I try not to get too upset or too happy about scenarios. I don’t know if you knew but the whole Scouting Grounds thing happened (NOTE: eXyu was removed from the event after organizers realized they invited him by mistake) and I really thought there was no chance after that, but I ended up getting picked up for DIG and because I was on DIG, I had a chance to play in the LCS.”

And here you are. Each player will have their own set of expectations while playing in this sort of tournament. It’s not as important compared to the spring or summer split, but nevertheless, what are your aspirations for Lock-In?

eXyu: “I don’t know how much more I’ll play. To be honest, I don’t know when River will arrive but I’m pretty happy with my result and if I get the opportunity to play again, I will definitely just try to make the most of it.”

Created by the partnership of United Esports, a leading esports media and marketing organization, and… 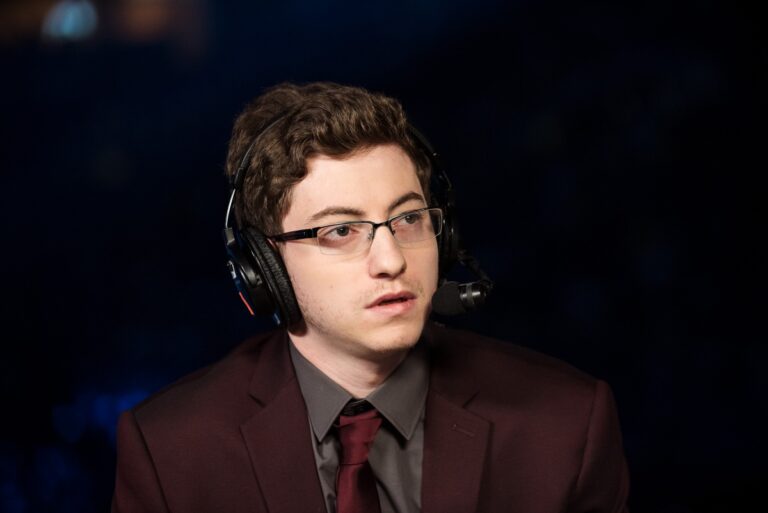 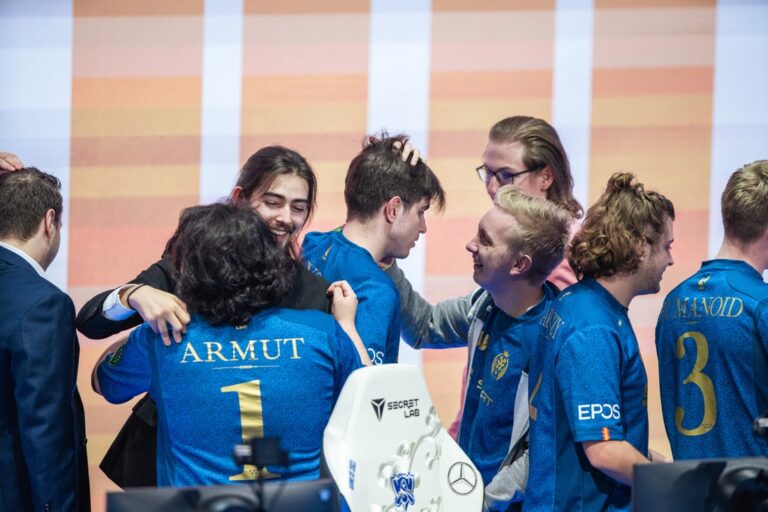 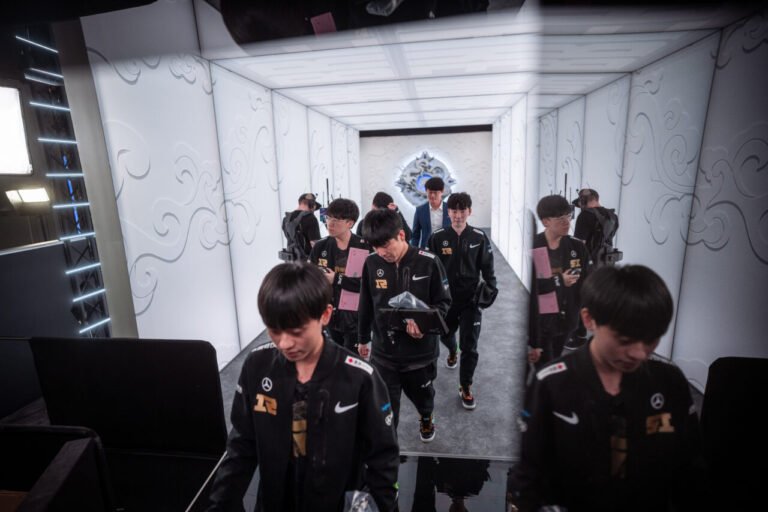 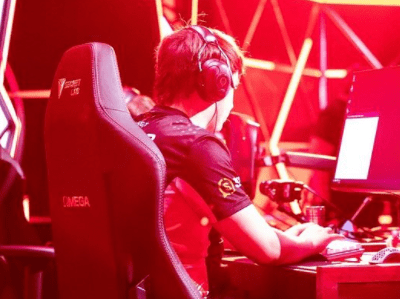