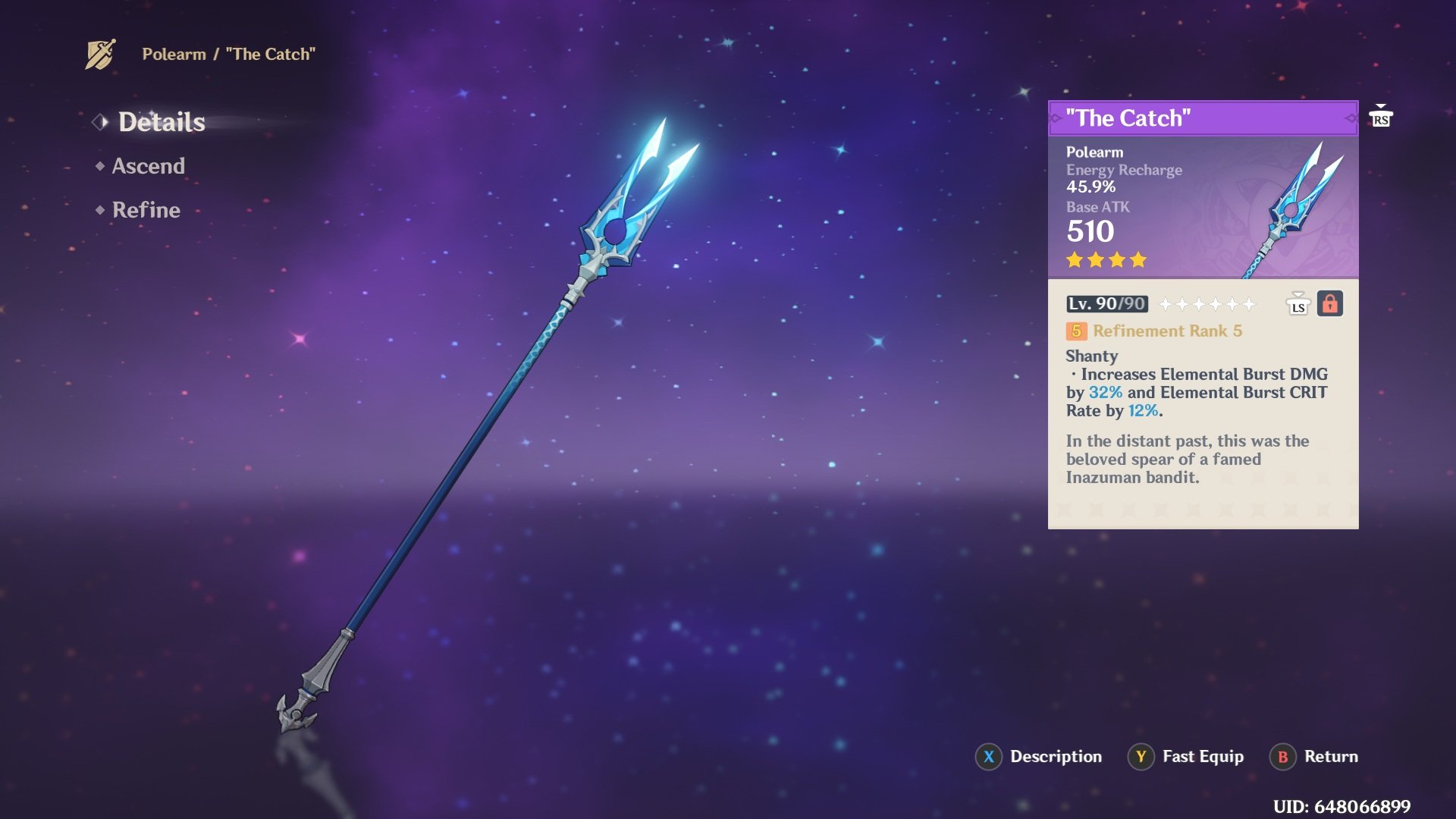 The Catch is a 4-star polearm in Genshin Impact. This weapon, including the 4-star bow End of the Line, is part of the Fishing Association Series of weapons. Unlike most weapons, this polearm can’t be used to enhance another, as it can only be claimed once.

“In the distant past, this was the beloved spear of a famed Inazuman bandit.”

This article will discuss The Catch, including where you can get it, its stats, the ascension materials required, and recommended characters.

READ MORE: GENSHIN IMPACT “ELEGY FOR THE END” WEAPON GUIDE: WHERE TO GET, STATS, EFFECTS, ASCENSION MATERIALS, AND RECOMMENDED CHARACTERS

Where to get “The Catch”

The Catch can only be obtained once from Kujirai Momiji of the Inazuma Fishing Association. However, just like other items in each region’s Fishing Association, you will first need to give the association some fish in exchange for the weapon. For more information on obtaining this weapon and the fish required, check out our How to Get The Catch Guide here.

The Catch has a special weapon refinement material called Ako’s Sake Vessel, which you can also obtain from Kujirai Momiji of the Inazuma Fishing Association. For more details, here’s how you can get Ako’s Sake Vessel.

Below is a list of this weapon’s ascension materials.

With its focus on Energy Recharge and Elemental Burst DMG, The Catch is a great option for characters who rely heavily on their Elemental Burst as an on-field or off-field DPS.

This weapon is one, if not the best F2P option for the Raiden Shogun, as she needs high Energy Recharge, which can be translated into Electro DMG. She can also easily take advantage of the Elemental Burst Crit Rate that The Catch provides because apart from the initial DMG she does with her Burst, her consecutive Normal Attacks during this state are infused with Electro and are considered Elemental Burst DMG.

It’s as if The Catch was created with a F2P Raiden Shogun in mind! However, if you have her signature weapon, the 5-star polearm Engulfing Lightning, that is still undeniably her BiS (best-in-slot). 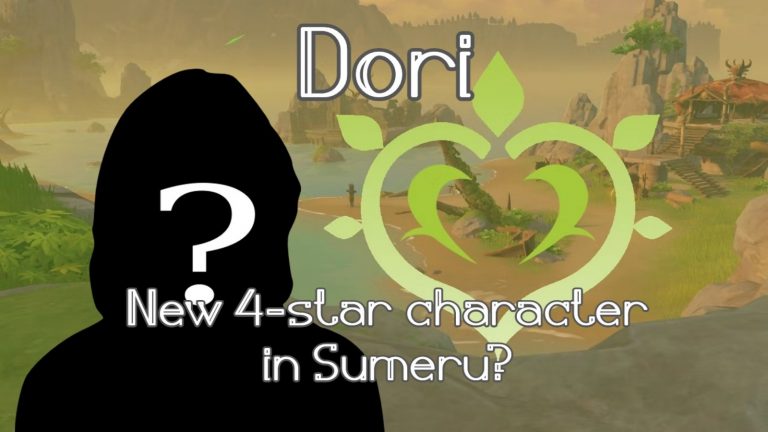 Since its Version 2.7 delay, HoYoverse is back on schedule for more Genshin Impact content….

Barbatos is one of The Seven Gods in Genshin Impact. While most players know that… 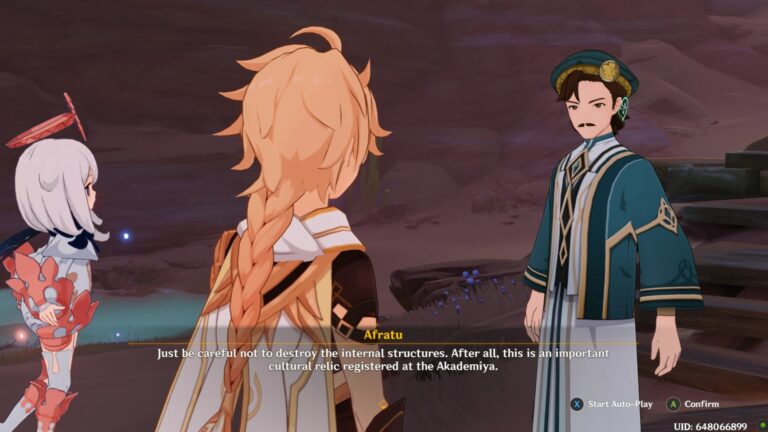 Afratu’s Dilemma is one of the world quests in Genshin Impact 3.1 that will help… 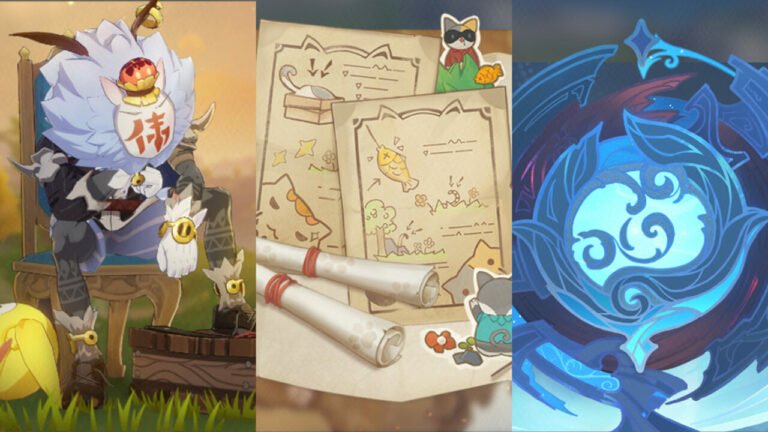 The Genshin Impact 1.5 update is still a while off but leaks continue to surface… 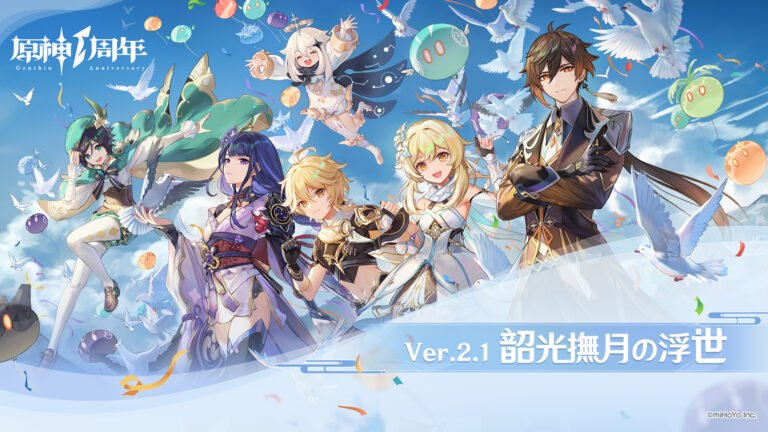 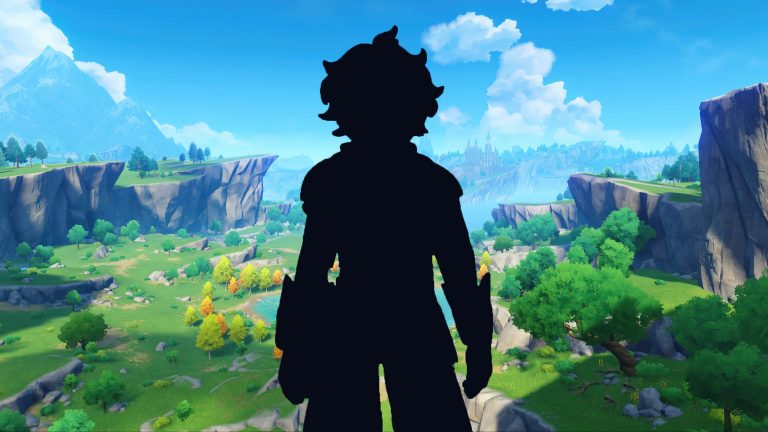 The many leaks regarding Sumeru dropped a shy name a few weeks ago. It refers…