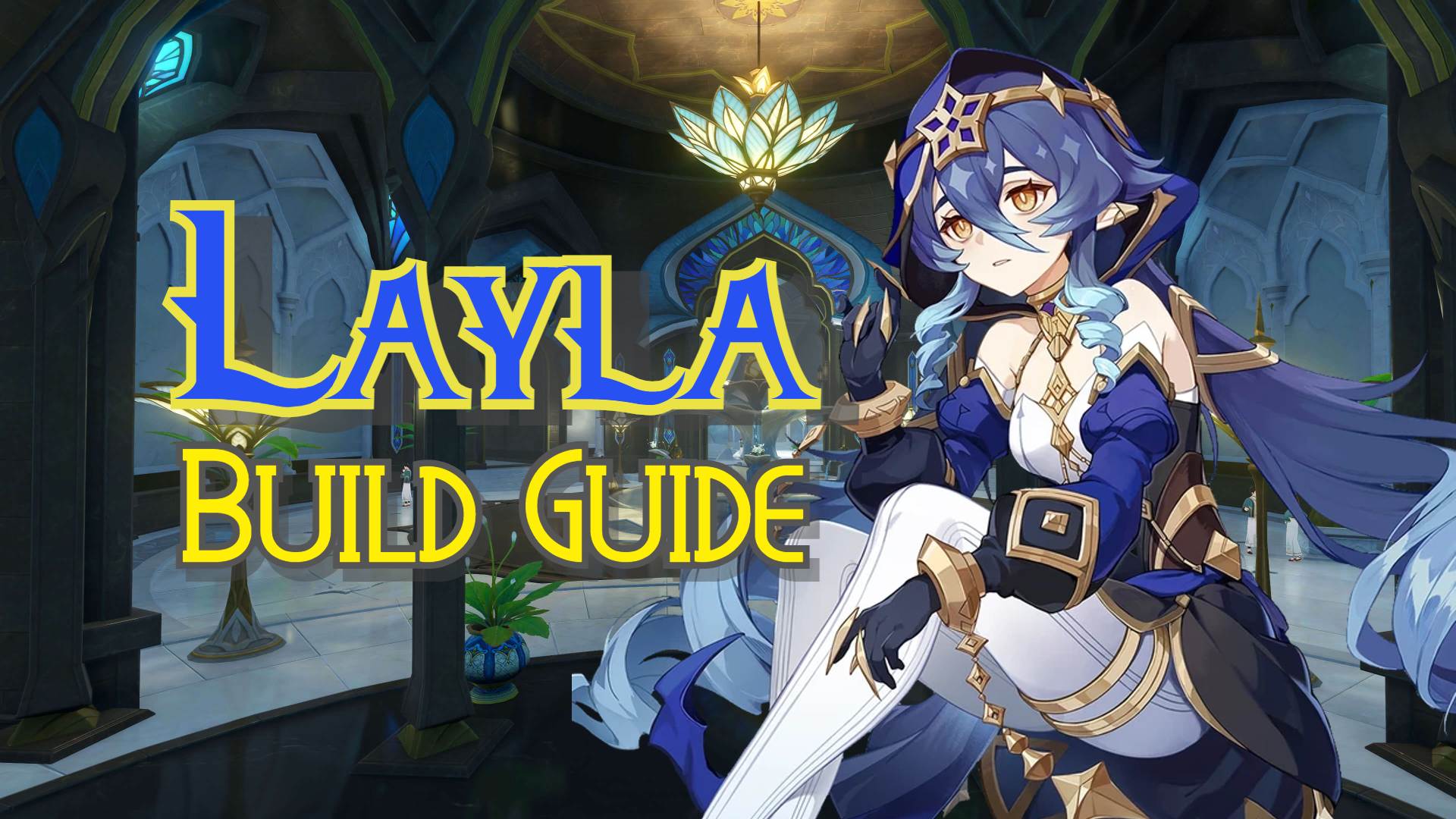 Layla is a playable 4-star Cryo character in Genshin Impact. As a Rtawahist student expected to perform well, she always has a lot of papers to write and is, therefore, constantly deprived of sleep.

This guide will discuss Layla‘s talents, constellations, recommended roles, best weapons, artifact sets, and more! So, if you want to add this character to your team, feel free to read on.

Layla’s core talent is her Elemental Skill (Nights of Formal Focus). This talent not only gives her an HP-scaling shield, but it’s also a vital source of damage and Cryo application on-field or off-field. Under some conditions, this shield will generate Night Stars and eventually Shooting Stars that deal Cryo DMG to opponents.

On the other hand, her Burst (Dream of the Star-Stream Shaker) allows her to summon a Celestial Dreamsphere on the battlefield. This sphere generates Starlight Slugs that deal Cryo DMG. However, it’s important to have her shield on before unleashing her Burst. This is because Starlight Slugs that hit opponents will also generate Night Stars. In other words, having her shield on not only protects her and the team but also increases her DMG potential and improves her Cryo application.

Don’t worry; Layla’s shield duration and Elemental Skill CD are both 12 seconds which makes it possible for you to have 100% shield uptime. Your only problem here is finding ways to make it last until its CD ends, which we will talk about in the weapons and artifact set sections of this article.

As for her ascension passive, she can increase her shield strength at A1 and increase her DMG potential at A2.

With these in mind, we recommend that you prioritize her Talents in the following order:

Unless you’re using Layla as an on-field DPS, which isn’t her best role, it’s not necessary to level up her Normal Attacks, so you might want to save your resources and focus on her Skill and Burst. We will be talking about her best role/s later on.

For more details about her Talents, be sure to check out the table below:

One of the not-so-good things about Layla is that her potential is locked behind constellations. If you’re aiming for a supportive role, which is arguably the best role for her, we highly recommend that you aim for C4.

C4 allows Layla to increase her team’s Normal and Charged Attack DMG based on her HP. Of course, if you have C4, this means you also have C1 and C2. C1 unlocks Co-op shielding and generates a better shield. On the other hand, C2 solves her Energy regeneration problems.

However, if you want to use Layla as the Main DPS, the best constellation would be C6. Although, again, we believe that this role isn’t the best for her.

For more details about her Constellations, be sure to check out the table below:

Recommended Roles and Teams for Layla

As mentioned in the previous sections of this article, we recommend using Layla purely as a shield-support unit. However, you may also build her with some DMG to take on the support/Sub-DPS role.

If you need a shielder in your team, Layla is a versatile 4-star choice. Of course, Layla isn’t the first Cryo shielder in the game. For a long time, Diona has filled the role of both Cryo shielder and healer in many teams.

However, while Diona can provide both shield and healing, Layla has a better off-field Cryo application and has a better shield uptime at 12s CD (Diona has 15s CD when her Skill is held). On the other hand, C0 Layla’s shield is already comparable with C5 Diona’s.

Both Cryo shielders are great, but which one you choose depends on your resources and the availability of a healer in your team. Again, unlike Diona, Layla cannot heal.

Still, with Layla’s off-field Cryo application, she works extremely well in Freeze and Physical Teams. As for Dendro-related teams, Layla is a great choice for Dendro Fridge. Below are team examples.

Since Layla’s shield and most of her DMG scale with her HP, it will only make sense to equip a weapon that focuses on this stat. However, there are currently only two swords that have this stat bonus, namely the Key Of Khaj-Nisut and Primordial Jade Cutter. Still, there are other swords that you might consider, including free-to-play ones. You can also check out our insights for each weapon below the table for more information.

This sword has the highest HP bonus among all weapons on this list and can be considered one, if not the best, option for strengthening Layla’s shield, increasing her overall DMG, and improving her team buff (C4). While the Elemental Mastery (EM) buff Key Of Khaj-Nisut provides for the equipping character may not be very useful for a support Layla, you can still take advantage of this sword’s EM buff for the team. Take note, however, that this EM buff is only useful for teams that primarily deal DMG by triggering Elemental Reactions, like the Dendro Fridge Team we mentioned. This EM buff won’t be useful to Freeze Teams. Still, the HP bonus it provides for Layla is top-notch, and solely for this reason, you may use Key Of Khaj-Nisut in any team composition. Learn more about Key of Khaj-Nisut here.

While Layla only has a 40 energy cost for her Elemental Burst, she has a minor Energy Recharge problem. This is because she is mostly off-field, making it difficult for her to grab her own particles (Note that her Skill does NOT immediately generate particles; only when the Shooting Stars hit enemies). Therefore, Favonius Sword is a decent choice. However, if you choose this weapon, make sure to give Layla some CRIT Rate for more chances of generating particles and solving her energy issues.

This weapon is an excellent choice if you want Layla to deal with some substantial off-field DMG as a free-to-play player. With her shield and off-field playstyle, it’s easy for her to trigger the CRIT Rate bonus passive of this sword. This weapon is also very easy to refine since it’s only three stars.

Below are our recommended artifact sets for Layla:

For a purely supportive role, we highly recommend Tenacity of the Millelith x4. This set’s effect can easily be triggered by Layla. However, if you already have a unit with a 4-piece set of this artifact, you might consider another or combine it with a 2-piece. This is because the effect of Tenacity of the Millelith x4 does NOT stack with another character in the party with the same set.

Blizzard Strayer x4 is your go-to if you’re in a Freeze Team and want to increase Layla’s DMG potential. However, a more supportive/Sub-DPS option would be to have Blizzard Strayer x2 and Tenacity of the Millelith x2. This combo solves the issue we mentioned in the previous paragraph.

Depending on her role, we recommend that you consider the following artifact main stats:

Be on the lookout for the following substats: HP, ER (as needed), and CRIT (as needed).

Note that the ideal Energy Recharge (ER) for an off-field Layla depends on different situations. If you want to use Layla’s Burst every rotation, you must target at least the ER% indicated below.

Note that this ER% requirement may vary depending on factors such as Layla’s constellation (C2) and your team composition (if you have a reliable battery). 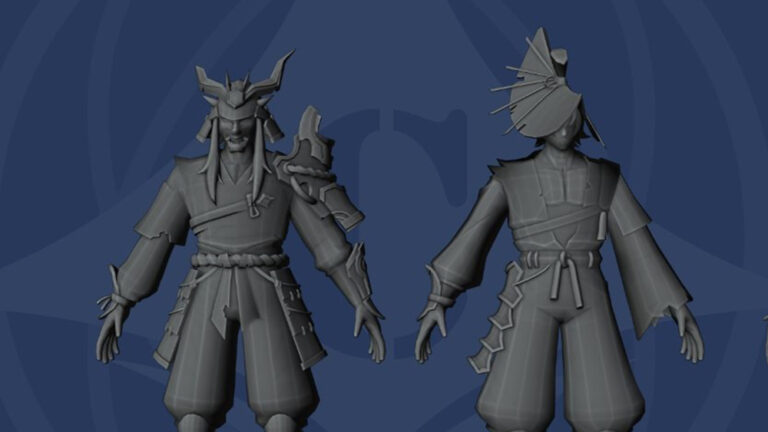 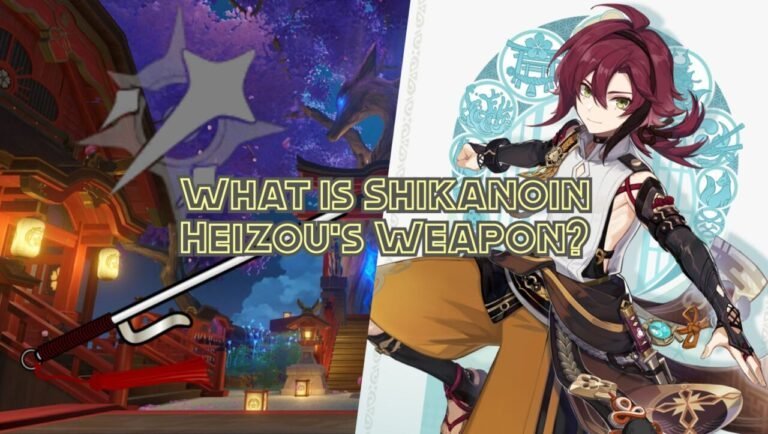 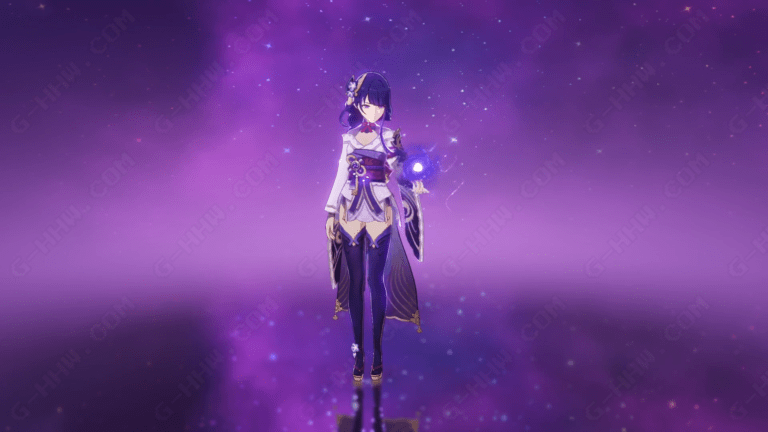 The Weapon Banner pity in Genshin Impact is confirmed to get some changes. With all… The newly released Dendro Archon has a few interesting additions to her abilities. Such as… On day 2 of Summer Fantasia, we met with Xinyan’s area. This new area will…