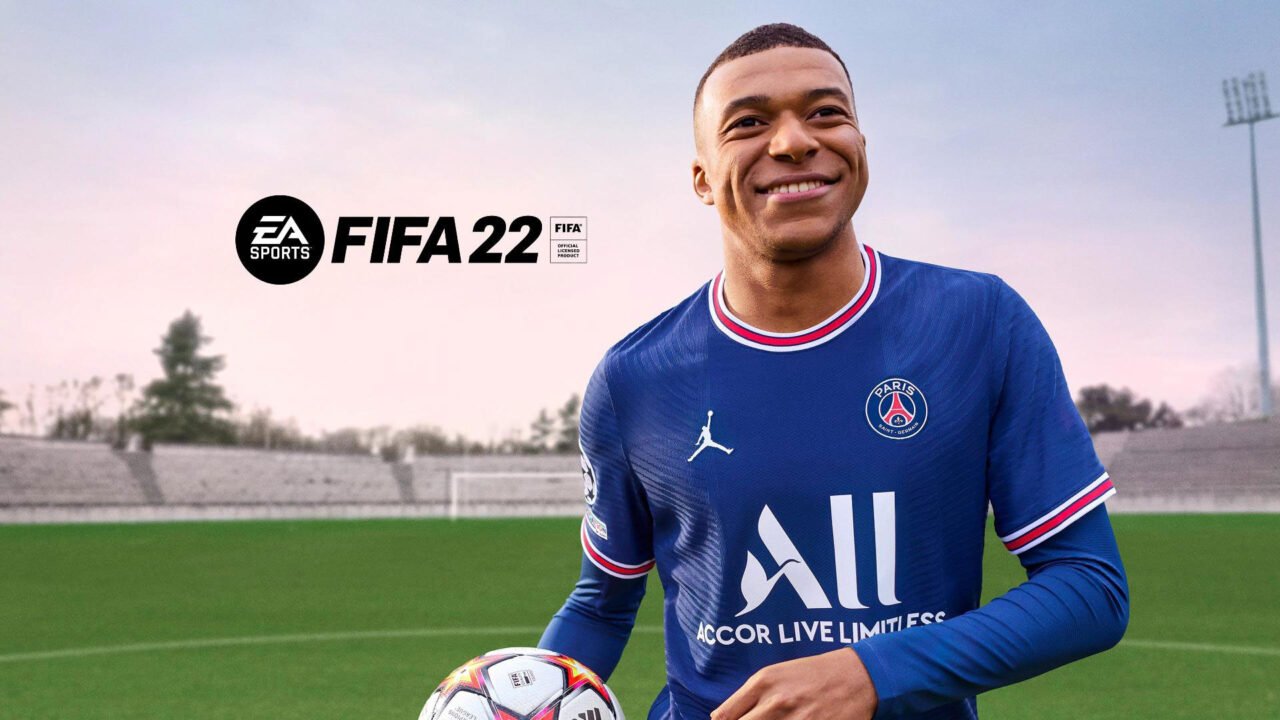 The annual launch of the FIFA franchise is upon us, with FIFA 22 set to be released in a couple of weeks, and fans are anticipating it with great excitement as the release date approaches.

Wondering about the game’s release date, price, system compatibility, player ratings, and other details? Don’t worry, we’ve got you covered at The Click.

FIFA 22 is set to release officially on October 1st, 2021, with the early access release date for FIFA 22 being September 27th, accessible by purchasing the Ultimate Edition.

It has been confirmed that Kylian Mbappé will be the cover star, and the game will feature a new technology called HyperMotion.

Fans are eagerly anticipating the game’s debut and have high expectations for its success.

Alongside many gameplay differences, fans are hoping for improvements in comparison to last year’s title.

For the most part, some supporters thought FIFA 21 was a good step in the right direction for the title, and have even higher expectations for this year’s title.

Here is the full list of extras that players will receive when they pre-order the Ultimate Edition of FIFA 22:

Which consoles will FIFA 22 be available to?

FIFA 22 will be released on next-gen consoles PlayStation 5, Xbox Series X/S, as well as Windows, PlayStation 4, and Xbox One.

Sadly,  it seems like FIFA 22 will not support cross-platform play between PS5 & PS4 users, according to a statement released by developers EA in which they said,

“You will be able to match up with and against other players based on the version of FIFA 22 that you are playing.

The same is true for the Xbox One version of FIFA 22, where you will be able to match up and play with and against other players who are playing the same version on Xbox One or Xbox Series X|S.

READ MORE: Forza Horizon 5: All of the confirmed cars so far

In brief, PS4 and PS5 users may only play online games with each other if they both have the PS4 version, and the same is true for Xbox One and Xbox Series X|S users.

This is the first time FIFA has used enhanced 11 against 11 match capture, which means player and ball movement will be far more dynamic than ever before, better simulating real-life circumstances.

Over 4,000 new animations are included in FIFA 22 to “increase the footballing intensity, responsiveness, and physicality of every player in the game.”

One of the most important aspects of the game that enthusiasts wish to see updated is Career Mode.

The ‘Quick Sim’ option in FIFA 21 allowed you to get in and out of matches quickly, while the Active Training System made player development considerably more dynamic.

Improved AI and transfer possibilities also added to the game’s lifelikeness, although FIFA 22 still has room for development.

A notable addition to FIFA 22 is Create your Club Mode. You can modify your club’s identity, change the kits & crest with unique designs, stadium customization, freshly generated squads & board priorities.

This is a refreshing addition that adds a lot of different aspects to the game.

A brand new goalkeeper system brings a new level of intelligence to the last line of defense, unlocking more reliable shot-stopping and smarter decision-making between the posts.

Goalkeeper positioning personality replicates the different styles of keepers throughout the game – to represent the lightning-fast reflexes of world-class shot-stoppers.

Real-world data imported into FIFA 22 takes the game’s ball physics to a new level of realism.

A new gameplay mechanic that changes the dynamic of one-on-one situations, Explosive Sprint gives you more control over acceleration when dribbling or defending.

Lure opponents in and choose when to unleash your full speed to get away from the defender as you drive your team forward in attack.

Set up your team with different styles in each half of the pitch with new attacking tactics that give you more control over how you play in FIFA 22: keep the ball in your half and explode into the attack with a fast build-up in the opponent’s, play directly from box to box, or line up in your own unique style.

The street football option in FIFA is a fun way to play the game. Volta has had regular upgrades throughout the year, including new players, clothes, and equipment, and this will continue in FIFA 22.

FIFA 22 will feature new players, stadiums, venues, and products, as well as a new story mode.

We’ve also seen a change of the structure of FUT Champions, in order to be more schedule fitting – split into two sections Play-Offs and Finals.

Once you qualify for FUT Champions through Division Rivals, take your team into the FUT Champions Play-Offs when you choose during the week.

Earn enough points in the Play-Offs, and you’ll qualify for the FUT Champions Finals. When you’re ready, take your team into the shortened FUT Champions Finals each weekend, with a new points-based system as you play for some of the best rewards available in FUT.

More in-depth customization functions have been added to your personal FUT Stadium. Stadium Item Management has also been included to make finding your stadium look much easier.

A public matchmaking function has been introduced in order to experience a new way of FUT Co-Op.

Meet and play with other players, Co-Op Public Matchmaking lets you team up with other members of the FUT Community to take a custom squad made just for Co-Op Public matches into a FUT Friendlies Classic Match against other duos.

In this year’s variation of PRO Clubs, a new Drop-In feature has been introduced to the game. It allows you to squad up with up to 4 friends, or recent teammates, prior to searching for a Drop-In match.

With this change, there is now a way to earn XP for your Pro, while playing with your Club teammates, but without it impacting your Club record. You can also play with friends from other Clubs without having to leave your Club.

In Pro Clubs, with the addition of Player Growth, you will be able to play and earn experience (XP) in all matches, except for Practice ones.

So whether you’re playing Drop-In, League, Cup, or strictly Friendly matches against rival Clubs, you’ll keep on growing your Virtual Pro to the max level of 25.

Alongside the post-match player growth XP analysis, the individual player performance screens have been enhanced.

You will now be able to see individual heat maps and a wide selection of stats that are broken down on a per-category basis, including Possession, Shooting, Passing, Defending, Saving, and the overall Summary.

Players can use this information to learn and analyze both their team and opposition’s actions during the current match.

We’ve also seen the addition of Perks happening in FIFA 22 Pro Clubs. Perks are a new way to improve your Virtual Pro, allowing you to refine your Play Style further.

READ MORE: Who’s the most toxic streamer & which game swears the most?

Every Virtual Pro starts with one Perk Slot unlocked, which can be filled with one of 3 starter Perks. From there, you’ll earn at least one new Perk per level, and you’ll unlock additional Perk Slots at level 9 and level 19.

This means that when your Virtual Pro reaches its max level, you’ll be able to choose from up to 26 different Perks to equip in your 3 Perk Slots.

To learn more about each perk, head on over to the official EA Sports website.

The top-rated base player on FIFA 22 is going to be Lionel Messi.

With a rating of 93, it makes him the highest-rated gold card in the game. Alongside an incredible 4 Star Skill Moves and Weak Foot, great acceleration, and finishing – it will certainly make him an incredible player to use.

To see the rest of the player ratings, make sure to head over to the official EA SPORTS website.

FIFA 22 is set to be a fantastic addition to the franchise, with many new features, customizations, realism in both gameplay and technology – the game is bound for greatness.

Will it live up to the expectation? Will it be yet another hit game for EA Sports? We’ll have to wait and see. Until then, we’ll make sure to keep you up to date on all the latest FIFA 22 news here at The Click. 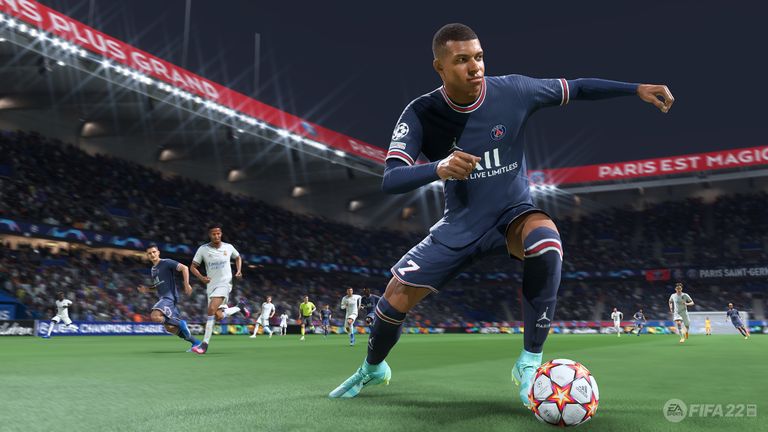 We never thought we’d see the day, but it looks like FIFA has announced that…