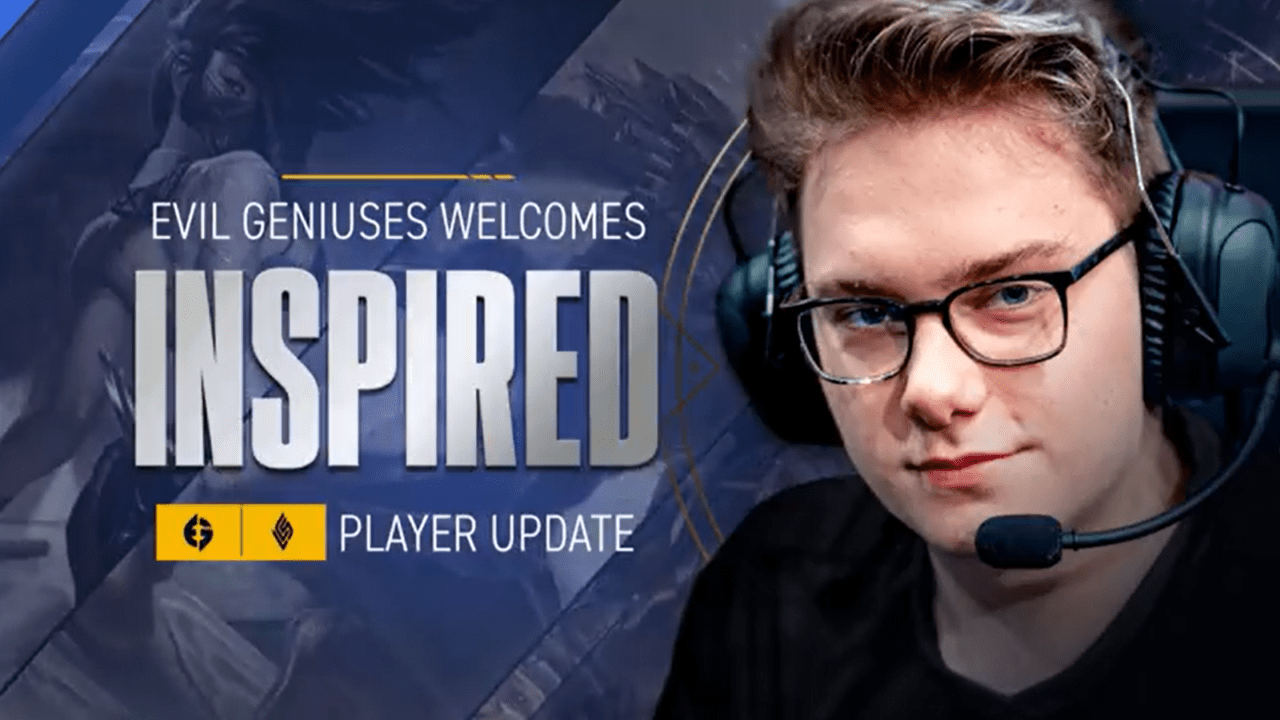 Besides presenting the chance of earning bragging rights for the start of the 2022 season, the Lock In tournament is also known for serving as a stage for players looking to make a fine first impression within the LCS. This includes academy players standing in for their first-team colleagues, previously retired stars returning to rekindle their competitive fervor, and foreign imports looking to show players and fans alike why they were brought in from their previous league.

Falling under the third distinction is Kacper “Inspired” S?oma, who joined Evil Geniuses after spending three relatively successful years with Rogue which included earning an LEC MVP award and two consecutive Worlds appearances. Despite being a crucial piece to Rogue’s respected lineup, the Polish jungler moved across the pond to join an impressive cast which included Philippe “Vulcan” Laflamme, Kyle “Danny” Sakamaki, and Jeong “Impact” Eon-young.

Many were ecstatic about Inspired joining a promising EG team, but there were also slight concerns as to how the team would fare with their young mid-laner Jojopyun being picked as a starter. After all, Jojopyun primarily competed in the amateur circuit and was set to replace reigning LCS 1st Team All-Pro Daniele “Jiizuke” di Mauro.

But as EG showed after Week 1 of Lock In, that lingering scepticism only amounted to a total misconception. The team went undefeated to take sole possession of first place in Group B, having done so against pre-tournament favorites Team Liquid, Counter Logic Gaming, and Immortals. For now, things are smooth sailing for EG and its Polish jungler.

Amidst EG’s participation in Lock In, The Click sat down with Inspired to discuss his move to NA, working with his new teammates, how its talent infrastructure compares to that of Rogue, where he stands among the LCS’ stack of junglers, and more.

Thanks for taking the time to do this interview, Inspired. Additionally, congratulations for starting off Lock In with a 2-0 record. I’d like to know how are you feeling right now after playing those two games amidst the first week of competition.

Inspired: “I’m obviously excited to play my first games, but with Hans (sama) suddenly not playing for TL, I was a bit sad about this because that would have been a hype match had I played against him. Other than that, it was pretty fun to play in the LCS for the first time.

Inspired: “Everyone is rating them very highly. I think they’re a good team, but for this time, they had Yeon as the ADC. I think their academy ADC is way worse than Hans so next time we play against them, if they play with their full team, I think the game would be probably closer and harder to him. But other than that, I don’t really care who I play against. I guess TL is the second the most hyped team right now, so it was nice to win against them.”

READ MORE: DIG eXyu on LCS debut and his goals for Lock-In 2022

In light of EG’s performance in Lock In, they’re overseeing notable arrivals to the lineup, of which includes yourself after playing in Europe for many years. What has been the process like for you to mesh with the team since leaving Rogue?

Inspired: “It was pretty easy for me to adapt to NA. The teammates here are very nice so I like it. I like it here probably more than it was in Rogue because I think the people [here] have similar personalities to me outside the game so it’s more fun spending time with them. Overall, I kind of felt I would have some troubles with adapting to the new lifestyle here and everything, but it was pretty easy. It was way easier than I expected it to be.”

What have you made so far of playing with your new teammates? I mean, one of them includes Vulcan, a player that helped knock Rogue (or in other words yourself) out from Worlds last year.

Inspired: “I was very hyped to play with JoJo because I heard he’s like the next NA superstar in the mid-lane because NA didn’t really have any good mid-laners and that he would be the first good one, so to speak. I knew that Impact is a very good player. He has been playing for so long and holds a lot of experience. With Danny, I only knew about him out of watching montages from last split.

“As for Vulcan, I played against him a lot because we were scrimming with Cloud9 a lot before Worlds. Then we scrimmed with them after Worlds and we played against them for around three games. I knew how he plays and I knew he’s probably the one of the best supports in NA. All in all, so it was just pretty easy for me to adapt to the whole team.”

Your head coach Peter Dun mentioned how he tried to recruit players by vouching for Jojo as one of NA’s next big mid-laners. Was that vouch for Jojopyun the main reason why you joined EG?

Inspired: “I obviously wanted to join a team with a good mid-laner and the only options I was considering were teams with a top mid-laner, but there weren’t that many. I kind of feel like most of the mid-laners here are just bad so I was looking into a team that will either import a mid-laner or have someone like Jojo who they believe will be very good. I just had to rewatch a couple of his games to see that he has a lot of potential.

“I think if he is matched with good teammates he will play well. It’s easier to develop a rookie than field someone who already played for two to three years and is just average. I think it would have been very hard to change their habits and make him a star player. I either wanted to import a top-tier player or play with someone who has a lot of potential and I hope that I will be able to help him in his development.”

Looking into your position, you’re joining the LCS after making a name for yourself in the LEC. You were regarded as one of the best EU junglers around so where do you see yourself within the jungle position in the LCS?

Inspired: “I thought the LCS junglers would be better than they actually are. Before I joined EG, I thought the level in the jungle was probably very similar to what was in the LEC, but I now think players such as Jankos, Selfmade, and Elyoya are actually better than every jungler in NA. I got a bit surprised because of that. I thought the people here are actually very, very good, but now I think they’re fine. I don’t think they are better than the people that I faced in the LEC. So that’s basically it. I think if I perform on my level, I will be the best jungler in the LCS.”

I’d also like to touch upon the progression of the NA amateur scene. For the team you came from (Rogue), they have developed their own share of bright talent. They promoted Larssen, Trymbi, Finn, and even yourself from the ERLs. You go from that to EG which is developing its own promising talent infrastructure. What do you make of the difference between the NA amateur scene and the regional league system in EU. Do you think the NA amateur scene is improving in that aspect?

Inspired: “I think whether it’s NA academy, amateur leagues, or ERLs, you will eventually get picked up by some team if you are high in solo-queue ranking. And if you are actually a good player people will realize it. I guess ERLs are better to show up because there are more teams which means more slots for players, but I think there shouldn’t be a problem with developing talents in NA just because they don’t have regional leagues. I think it’s pretty similar to EU.”

On comparing the NA amateur scene and the ERLs

Do you think the NA amateur scene has the potential to reach the same level as in ERLs?

Inspired: “I think the NA solo-queue is in a bad state. It’s in an even worse state than EU solo-queue. I think it’s very hard to find a player that is young and good. I think you need to find someone very fresh like JoJo who doesn’t have many [playing] habits and can learn many things [in their age].

“That’s because I think, for example, when there is a player who climbed to Challenger for many seasons before eventually getting picked up, they have already learned plenty of habits from solo-queue by that point and if you build your habits from there, I think it’ll be really hard to change it. You are not going to be a good mid-laner in competitive games where you’re facing actually good players, so I think solo-queue doesn’t really help players become good.”

Many players will look at the Lock In as an opportunity for them to work on their personal goals such as improving themselves in the current meta, or refining their technical skills. What are you focusing on for Lock In?

Inspired: “I don’t really care to be honest but I just don’t like losing any time I play in a game. I guess I’m playing Lock In to win because I don’t want people to think they’re better than me. Yeah, it just feels nice winning. It’s not like I don’t really care about this tournament. I just play it because I want to win so I always like to try my so that’s basically it.” 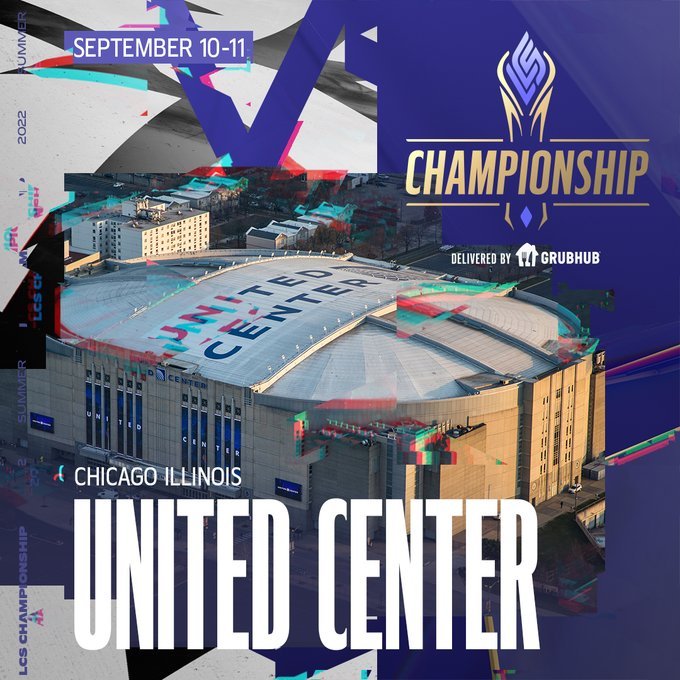 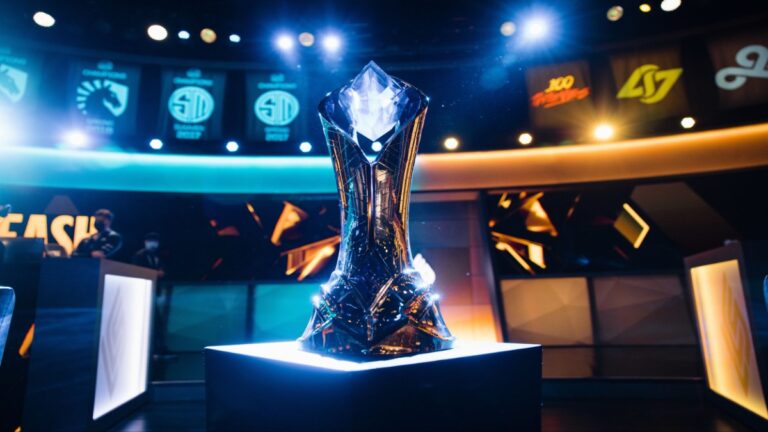 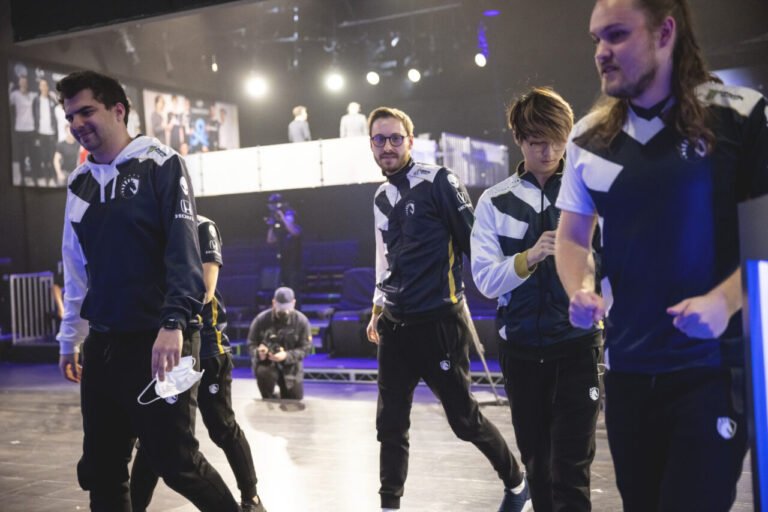 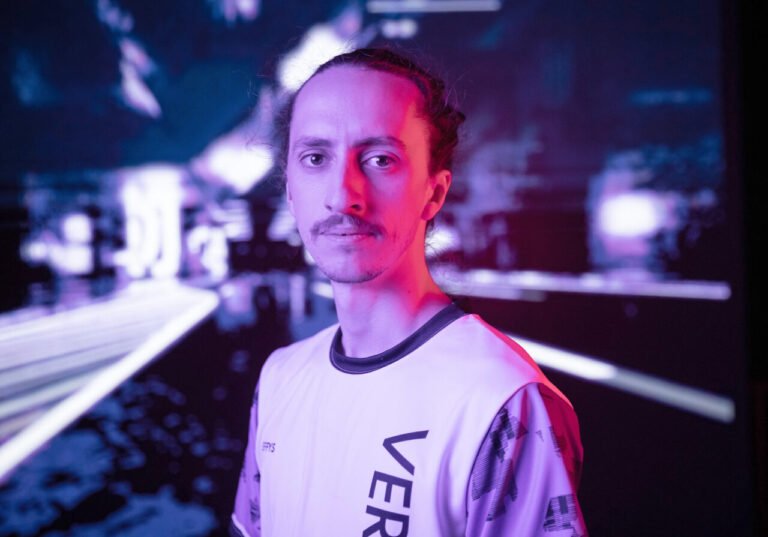 Day two of the League of Legends 2022 LCS Summer Split is here. After the…