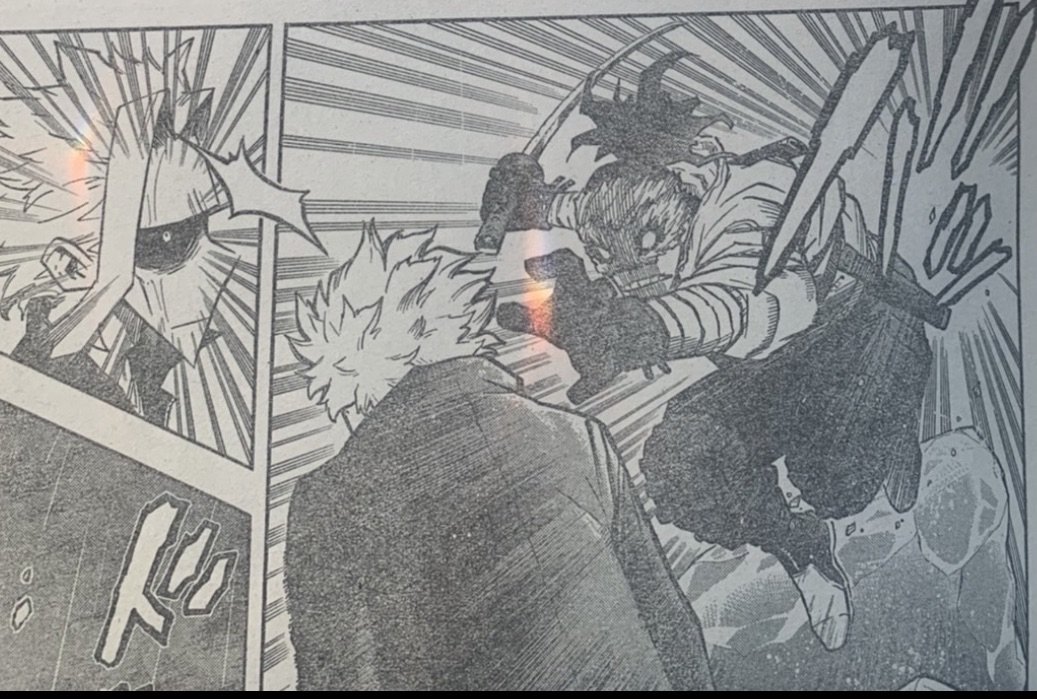 Well, upon waking up earlier I found an odd hashtag trending on Twitter, which is to say MHA 326. Little did I know leaks came out nearly a full day early thanks to Rukasu! Here’s everything about the new chapter, including the plot, panels, and title! The latter of which is, “Who are you?”

The chapter opens with All Might heading to a stormy Kamino, reflecting on his unsuccessful conversation with Deku. After finding part of the mask, he thinks back to talks with Aizawa, commenting that his presence alone isn’t helping anyone and that Deku had been suffering due to his own lack of skill as a mentor.

Stain suddenly takes the stage, pointing his sword at the former No. 1 hero, calling these words a great disservice. All Might comments on wanting to talk with him in Tartarus, but has to take his muscle form for a moment to convince the Hero Killer that he’s the real deal.

READ MORE: How long is Deathloop? Is the time loop really endless?

Despite this, Stain isn’t entirely convinced, and All Might takes a moment to kind of wallow in self-pity. He feels his actions are what led Japan to be totally destroyed with crime running rampant. He even chastises himself for being unable to help Deku, when even the other members of Class A did.

Stain jumps in, seemingly ready to attack, but he merely pulls All Might away from his huge statue, which has “I AM NOT HERE!” written on it. The woman All Might saved in the rubble so long ago shows up to clean the statue and take off the sign hung upon it.

As we the readers know, All Might WAS a beacon of strength which was unrivaled, but the more important part of his heroism was his smile and courage, always ready to show up and save people with a smile on his face, never giving in. Stain reiterates this, saying that he cannot accept All Might in his current state of pity and that the people growing up in his image are those who will lead Japan out of this mess. In short, All Might’s retirement was an inevitability, but those who follow him will continue the process, not end it.

The embers of One For All were never blown away, merely a torch which had been passed on. This makes All Might break down, but Stain cuts this short by saying that he can accept All Might is the hero he used to be if he kills Stain and takes the information he had gained while imprisoned.

A knife is thrown to All Might with this information as he continues to cry, and the woman finally looks up to a brighter sky and realizes the rain has stopped. End of chapter.

While a very text-heavy chapter, MHA 326 certainly impressed me, and this conversation was one I was hoping would happen as soon as we saw Stain eavesdropping on Deku and All Might’s conversation. Let’s hope Chapter 327 is just as good! 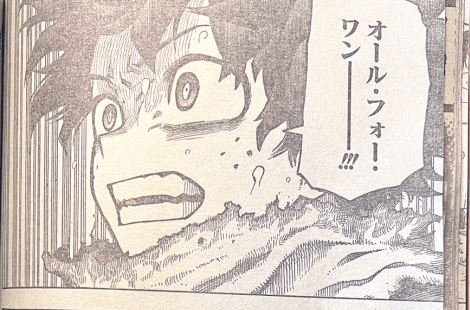 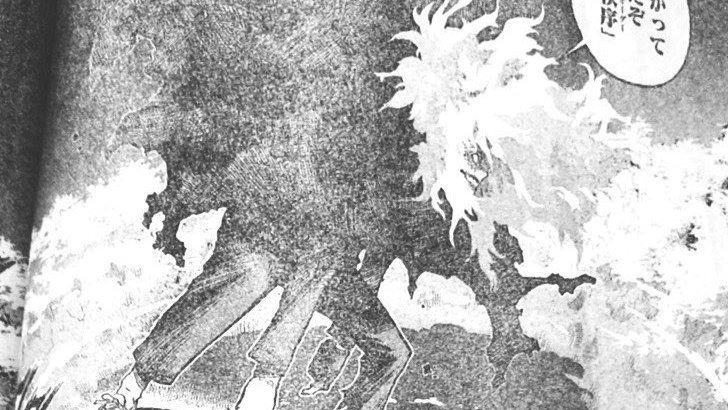 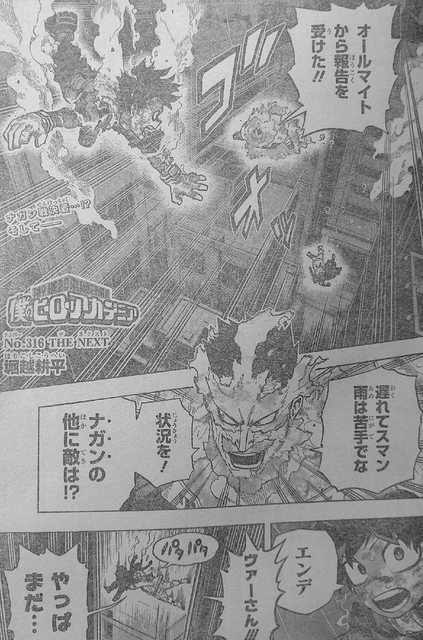 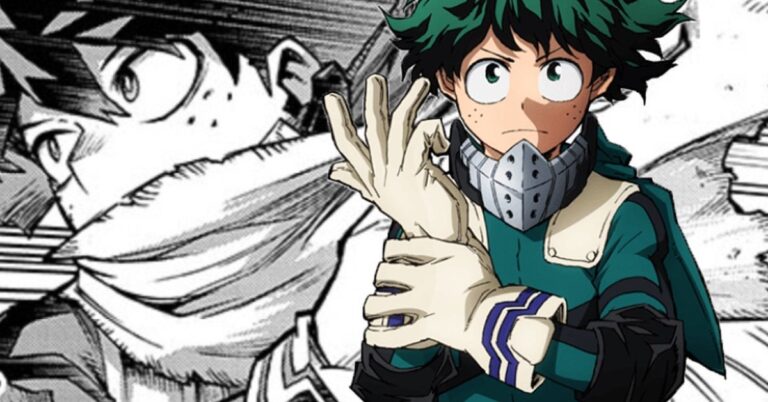 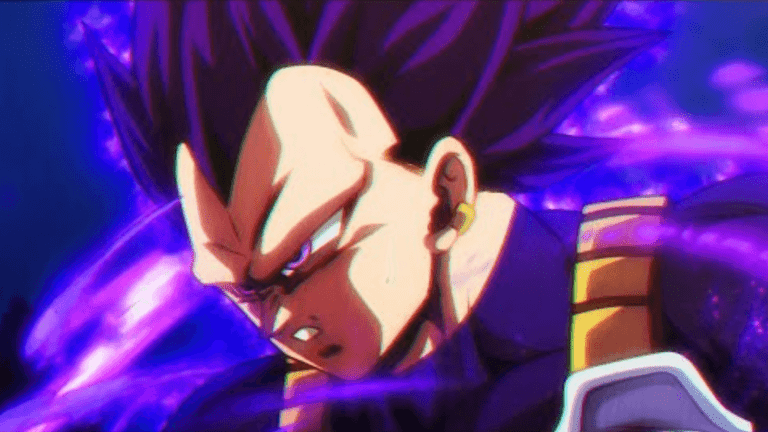 While the official chapter will come out on August 18th, reliable draft leaks have come…

As some here may know, I’ve been writing about the MHA chapters that come out…